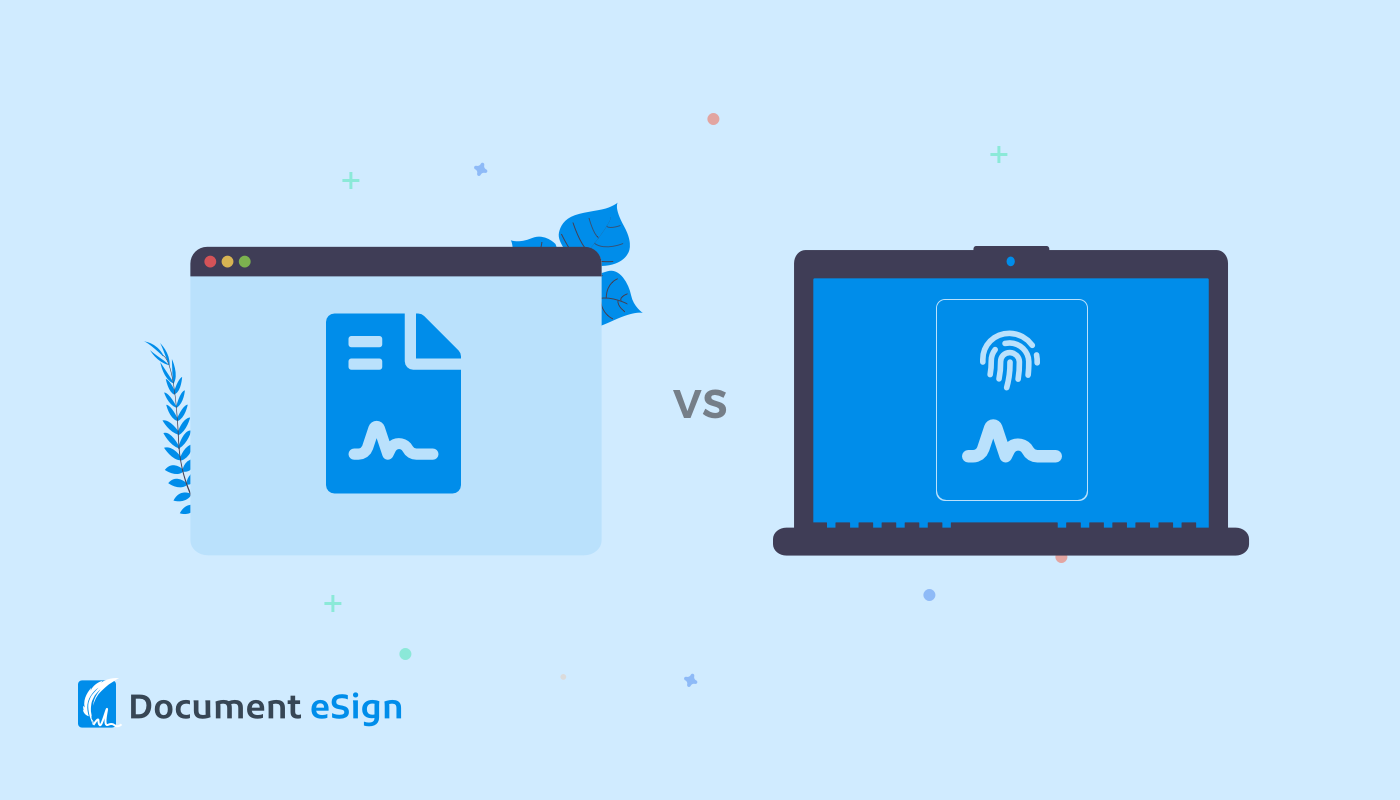 Our society has turned out to be perpetually dependent on digital processes. This had led the traditional mechanisms of conducting business to be more automated, thereby tapping into an increasingly tech-savvy consumer base. In the last ten years, we have seen a plethora of electronic communication devices enter the commercial centre, there has also been a demonstrated need for organizations to supplant paper-based cycles with more efficient models, and signatures based on digital signature technology are driving the way.

The adoption of e-signatures and digital signatures has become widespread in the private and public area with definite market awareness and has been restricted by an absence of understanding as to how digital signature technology finds a way into the image. While electronic marks have been perceived as a legal concept in federal law since the year 2000 through E-SIGN Act, there is anecdotal proof to recommend to an individual that a digital signature is something very similar. Nonetheless, this is surely not the situation and the terms are not compatible.

The technology industry is known to use acronyms and words that are either similar words or seem to overlap with other similar words, but with completely different meanings. While the terms “digital signature” and “electronic signature” are often used interchangeably, yet there are some key differences and specific reasons why these two concepts are categorized as different.

The type of signatures that a business needs to collect impacts the technology and processes needed to be implemented. It hence becomes important to understand the difference between digital signatures vs electronic signatures.

We’re here to break down the differences between electronic and digital signatures for you to choose which one is good for your business. Let's look into the definition to get started with.

What is an Electronic signature?

According to the Electronic Signatures in Global and National Commerce (ESIGN) Act (2000) an electronic sound, symbol or process that is attached to or logically associated with a record and executed or adopted by a person with the intent to sign the record

In other words, an eSignature is an electronic version of the physical, handwritten signature. Electronic signatures are utilized in the same way you use to sign a written document, but with a click or your fingerprint. They are a substitute for the traditional handwritten signature for personal or business processes.

Electronic Signatures solution uses a technology that binds the signer’s identity to a signature and the time it was signed. A signer's identity, such as email, corporate ID, etc. is justified by the general electronic authentication technique. An efficient signature indicates proof of signing by utilizing a secure process of audit trail along with the actual document. Sadly, everything accompanies pitfalls and electronic signatures are the same.

What qualifies as an e-signature is a mark of acceptance or approval of the contents in a document which can be captured through a typed name, check box, electronically signed name, or uploaded signature image.

Electronic signatures offer a less secure stage and it does not use encryption which makes it unsuitable for finding forgery like a digital signature. Documents signed online using electronic signatures are exceptionally vulnerable and helpless against tampering and man-in-the-center (MITM) assaults. It implies that the document can be seized and altered when it is noticeable all around. Such assaults can end up being destructive to the extent the secrecy of an individual/association is concerned.

Electronic signatures can help your business benefit in many ways. They make collecting signatures simpler, quicker, and more effective when contrasted with utilizing pen and paper. When you eSign a document online, it helps you time and money by eliminating the need to print, sign, output, or mail your archives and structures.

Here are a few situations where individuals use Formstack to collect electronic signatures:

What is a digital signature?

Digital Signature is another type of electronic signature, the only difference is that it includes the utilization of a code or calculation to sign and approve the validness of a report. In comparison between Electronic signature vs Digital Signature, the digital signature goes under explicit norms and a Stringent verification measure. They not just sign the document utilizing a code, they encode information. 'Secure' is a little word, encryption makes your document invincible against any cyber-attacks.

For signing a document using a digital signature, one will have to buy a digital certificate first. To issue the digital certificate, the issuer will have to go through a stringent verifying cycle from 3rd party certificate authority (CA). This authentication comprises a private key and a public key known as the 'key pair.' This means that the data is encrypted utilizing a specific Private Key and must be decrypted using its paired Public Key. The encrypted digitally signed document will not open if the Private Key doesn't coordinate with the Public Key. In this manner, making the file transfer multiple times more secure.

Digital signatures are frequently used, between businesses and their users, or even between two individuals. They are widely popular across many industries because of their legal status and ability to prevent tampering and forgery.

Here are some cases where people use to gather digital signatures:

Now that we know the basic definition of electronic signatures and digital signatures, let's have a look at the difference between them.

What is a digitized signature?

These sorts of signatures may look official, however they don't offer protection from forgery, a basic component of any online signature. It is definitely not one of the best signature forms online as it does not necessarily identify the person who signs the document. The signatures can be cloned, copied and used thousands of times which means there is never a guarantee that the assured person has consented to the particular document or not. If a fraudster got his hands on that scanned picture, they could sign your name to a wide range of records, getting you into a difficult situation. It is perplexing that a digitized signature is the one utilized by the majority to sign, and consequently to give their consent, in many records and agreements.

Are digital signatures legal and enforceable?

Digitally signed documents are compliant with the eIDAS regulation as well as they are legally binding in all EU member states. In the USA, necessities for making Digital signatures are covered under the Digital Signature Standard (DSS) that the National Institute of Standards and Technology (NIST) put into effect in 1994.

While DSS addresses the lawful impact of the digital signatures, it doesn't talk about its admissibility as proof in an official courtroom. In contrast with eIDAS, where extra security features are needed for advanced marks, DSS doesn't meet the assurance levels that European standards have set, which give assurance of suitability in court. It doesn't shock that the draft for the forthcoming release DSS, FIPS 186-4 is controversy examined in the community.

How can you tell if an electronic signature is legal?

The legality of electronic signatures stands in a complex space as signatures laws differ from one country to another. However, there are the most legally recognized eSignatures that have few things in common.

These points make electronic signatures legally binding in most regions.


Which type of signature is the best for you?

Digital and electronic signatures have been often used interchangeably but they differ significantly. The type of signature can be determined by the type of document that is to be signed and the level of authenticity that is expected of the document. By using platforms like Document Esign you can sign documents online with the highest levels of security.

Although both electronic and digital signatures are legally binding, the latter is preferred as it is safe than the latter. Looking forward to 10 years, we will witness every industry adopting an online signature format with contracts and documents. More companies are likely to use the highest security signatures while transitioning into blockchain technology.

Get Document eSign latest articles straight to your inbox.